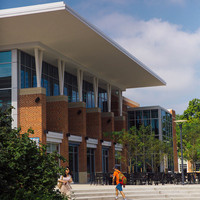 What is the Red Flag Campaign?

The Red Flag Campaign is an educational public awareness campaign designed to address dating violence and prevent/eradicate dating violence on college campuses. Through using evidence-based “bystander intervention” strategies, the campaign encourages friends and other campus community members to “say something” when they see warning signs (“red flags”) of dating violence, abuse, or unhealthy behaviors that may lead to violence in a friend or peer’s relationship.

Additionally, you will see Red Flag Campaign posters displayed around high-traffic areas on campus. The posters are designed to encourage bystander conversations and by providing visual examples of what “red flag” behaviors may look or sound like in the dating/relationship scene.

If you have any questions or would like to help out with the Red Flag Campaign, feel free to reach out to the Office of Violence Prevention and Title IX by emailing ViolencePrevention@gettysburg.edu or stop by CUB 220 to chat with us!

The Office of Violence Prevention and Resolution staff