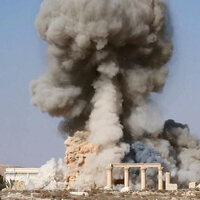 The War against culture and the battle to save it, "The Destruction of Memory". The film will be shown and then followed by a discussion with Tim Slade from the film's production company.

As Slade describes, The Destruction of Memory, "looks at the urgent issue of cultural destruction. The film includes interviews with the former Director-General of UNESCO, the Prosecutor of the International Criminal Court, as well as many international experts." It has been screened in museums and universities such as the British Museum, Harvard, Brown, Cornell and Oxford, and you can find more information at the film's website: destructionofmemoryfilm.com/.