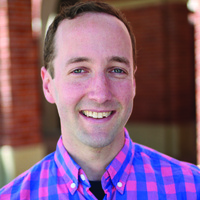 The War on Prevention: How Battle Metaphors Impact Beliefs and Behaviors About Cancer

Popular discourse on cancer often utilizes battle metaphors (e.g., "the war on cancer", "foods that fight cancer", "malignant tumor"). These metaphors are either construed as mere linguistic flourishes that have no effect on how people think about the disease, or they are thought to be helpful metaphors that motivate people to engage in healthy behaviors. Dr. Hauser's talk will review his research on how battle metaphors influence the health beliefs of non-patients in ways that may make them less willing to enact healthy behaviors. Mere exposure to a battle metaphor in health information (vs an alternate metaphor or literal message) can lessen a person's intention to limit behaviors known to increase the risk of cancer (e.g., eating red meat and highly-processed foods) and can make him/her more fatalistic about his/her health (i.e., believe there is little s/he can do to prevent cancer). The drawbacks of these metaphors do not appear to be offset by benefits such as increasing intentions for cancer screening and early detection. The history of these metaphors in cancer discourse will be reviewed, and implications for public health will be discussed.