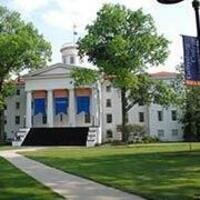 "Battlefield to Gas Pump: Finding Patterns in the Familiar Past"

Focused on material from his newly released book Gettysburg Contested, Brian Black's talk connects the work of the historian to familiar terrain - stories that we thought we may have already known. From the familiar past, Black uses the history of the Gettysburg Battlefield, for instance, to explore American ideas of patriotism and preservation. And what about gas pumps? As one of the nation's leading historians of energy, he will also relate how history informs the past and future of this most important aspect of humans' interaction with the environment.

Following his four years at Gettysburg College, Black '88 received a Master of Arts in American civilization from NY University in 1991 and his Ph.D. in American studies from the University of Kansas in 1996. He taught at Gettysburg and Skidmore Colleges before starting at Penn State Altoona in 2001, where he also currently serves as Head of the Division of Arts and Humanities. Black is the author and editor of several books, including Petrolia: The Landscape of America's First Oil Boom, Crude Reality: Petroleum in World History and Gettysburg Contested: 150 Years of Preserving America's Most Cherished Landscape. His articles have appeared in the Journal of American History, Environmental History, USA Today and the New York Times. He is also the founding editor of the Energy and Society book series with the West Virginia University Press.