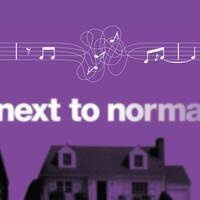 Next to Normal is a 2008 American rock musical and winner of three 2009 Tony Awards including Best Musical Score and the 2010 Pulitzer Prize. It is a smart, profoundly moving, humorous, and at times very funny musical that centers on a mother, who struggles with worsening bipolar disorder and the effects that managing her illness has on her loving husband and two teenage children. This emotional powerhouse of a musical addresses grief, depression, love, suicide, drug abuse, and ethics in modern psychiatry. Next to Normal takes audiences into the minds and hearts of each character, presenting their family’s story with love, sympathy and heart. Directed by Guest Artist Bruce Moore who has performed on Broadway in several musical productions.