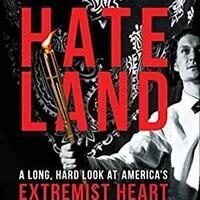 America is a land in which extremism no longer belongs to the country's shadowy fringes, but comfortably exists in the national mainstream.

Mr. Johnson develops a concise model that explains how extremists on both the far right and the far left use the same techniques to recruit and to radicalize individuals, turning them into violent offenders. He also examines the political forces that fuel this threat and have kept the US government from properly identifying and developing countermeasures to deal with it, including a disproportional emphasis on Islamic terrorism. Mr. Johnson concludes by recounting individual stories of deradicalization, each of which was the result of personal reevaluations of formerly held extremist convictions. He recommends more resources at the state and federal levels for combating radical movements and urges greater communication and coordination between law enforcement agencies. This in-depth analysis of a growing menace that has taken America hostage throws a stark light on the darkest segments of American society and provides practical means for dealing with their violent threats.

This event is part of the Eisenhower Institute's Civil Discourse Series.

Gettysburg students can join Mr. Johnson after the event for a private conversation about careers in intelligence and national security. Reserve your spot: bit.ly/ei-daryl-johnson

Learn more and register at bit.ly/ei-extremism.