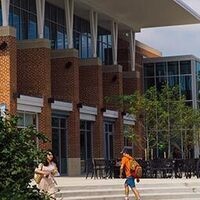 What are the post-war consequences of the United States policy in Afghanistan?

For nearly two decades, the United States has devoted substantial resources to reduce the presence of extremist groups in Afghanistan. Today, the Taliban remains a prominent force and the U.S. is on the brink of significant changes in its longest war.

Dr. Vanda Felbab-Brown will discuss the development of embedded corruption and criminality and offer an in-depth analysis of U.S. foreign policy in Afghanistan.

Dr. Vanda Felbab-Brown is a senior fellow in the Center for 21st Century Security and Intelligence in the Foreign Policy program at Brookings. She is also the director of the Brookings project, “Improving Global Drug Policy: Comparative Perspectives Beyond UNGASS 2016,” and co-director of another Brookings project, “Reconstituting Local Orders.” Felbab-Brown received her doctorate in political science from MIT and her bachelor’s in government from Harvard University. Felbab-Brown is an expert on international and internal conflicts and nontraditional security threats, including insurgency, organized crime, urban violence, and illicit economies. Her fieldwork and research have covered, among others, Afghanistan, South Asia, Burma, Indonesia, the Andean region, Mexico, Morocco, Somalia, and eastern Africa.