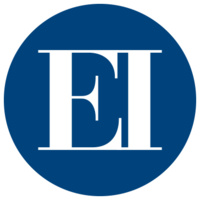 Democracy in America: Past, Present and Future

Everyone loves democracy, right? Not exactly. Over the past decade, democracy in the United States has shown signs of breaking down. A worrisome coalition of politicians, foreign governments, large corporations, far-right militias, and social media platforms have deliberately eroded public trust in government and media and created a climate in which conspiracies and disinformation thrive. They have found creative ways to suppress voting and push millions of people out of the democratic process by force and by guile. What is going on? Is this new, or part of a pattern of political life in America that dates back many years? Is democracy in trouble, or just messy and complicated? This talk will touch on some of the long term origins of the forces that threaten to erode basic democratic norms and practices.

William I. Hitchcock is the William W. Corcoran Professor of History at the University of Virginia. His work and teaching focus on the global history of the 20th Century, in particular the era of the two world wars and the cold war.