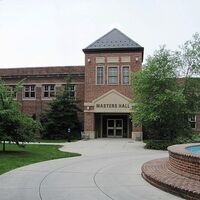 Lilliana Mason is associate professor of Government and Politics at the University of Maryland, College Park, and author of Uncivil Agreement: How Politics Became Our Identity (University of Chicago Press).

She received her PhD in Political Psychology from Stony Brook University and her BA in Politics from Princeton University. Her research on partisan identity, partisan bias, social sorting, and American social polarization has been published in journals such as American Political Science Review, American Journal of Political Science, Public Opinion Quarterly, and Political Behavior, and featured in media outlets including the New York Times, the Washington Post, CNN, and National Public Radio.

Mason received the 2017 Emerging Scholar Award from the Political Organizations and Parties Section of the American Political Science Association (APSA). Her work has been supported by the National Science Foundation, the Sloan Foundation, and the Facebook Research Integrity Group.

Part of the Eisenhower Institute's Civil Discourse Series promoting a more productive form of discourse that reflects the liberal arts ethos of seeking knowledge through critical thinking and thoughtful deliberation.

Please note that the time of this event has been changed to 6:00-7:30. This will be updated above when the calendar is next refreshed.