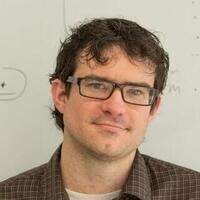 In his 1989 book, Wonderful Life, Stephen Jay Gould proposed the following thought experiment: Rewind the tape of life and let evolution play out a second time. Does the replay produce anything like what we see today? In other words, is evolution reproducible, or do chance events (perhaps inconsequential at the time) cause evolutionary paths to diverge?

With advances in high-throughput biology we can perform Gould’s thought experiment by evolving hundreds of initially identical populations in parallel for thousands of generations in the laboratory—a technique known as experimental evolution. Combining experimental evolution with whole-genome sequencing can reveal how selection on new genetic variants gives rise to changes in phenotypes such as cell physiology and fitness.

This seminar will touch on many fundamental, yet unresolved, questions in biology: What are the relative roles of chance and determinism in evolution? To what extent can evolutionary change be predicted? How does selection act on complex traits? To what extent do genetic variants interact with one another?