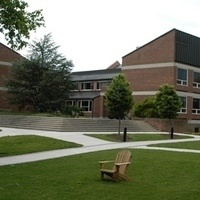 Neural crest cells are a unique population of stem cells due to their exceptionally high stem cell potential considering the fact that they are formed from the neural ectoderm after gastrulation from which they detach and migrate to their destinations in the developing vertebrate body. Whereas the rest of the ectodermal layer is destined to form either cells of the central nervous system or alternatively the epidermis, the neural crest cells give rise to cells that contribute to a myriad of special cell types such as pigment cells and peripheral nerves, but also facial bone and cartilage or hormone producing endocrine cells, which according to “the rules of development” should be derived from mesodermal and endodermal origin. The molecular mechanism that enables the formation and maintenance of this high multipotency is poorly understood, and the neural crest cells have been thought of as a homogeneous stem cell population before they start migration. We recently developed a multiplex fluorescent in situ hybridization -based Spatial Genomic Analysis (SGA) and identified four transcriptionally and spatially distinct subpopulations in the developing chick dorsal neural tube. Our study revealed an existence of a transient neural crest stem cell niche with the stem cells, as defined by co-expression of “true pluripotency factors” like Nanog, Oct4 and Klf4 closest to the midline, being surrounded by neural crest cells with a lower stem cell potency. The stem cell population also expressed all of the various lineage markers required for differentiation of neural crest derivatives. In our ongoing work, we ask the question how is that niche formed? Is it retained from pre-gastrula stages by protection of pluripotency, or is it reprogrammed during ectoderm development? SGA analysis from an earlier developmental stage shows existence of a previously unidentified pan-ectodermal stem cell population, which is intermingled with cells that already are or are in the process of becoming committed to either epidermal, neural crest or neural fates. Furthermore, we use human embryonic stem cells to reconstitute the early development of neural crest via formation of neuroepithelial spheres. Our ongoing studies by using both model systems aim to reveal the molecular basis of neural crest stemness during normal development by using a combination of SGA, knockdown experiments and Immunoprecipitation Mass Spectrometry. These results are also valuable in understanding the link between early neural crest development and neurocristopathies, which include neural crest derived birth defects and cancers like melanoma or the pediatric neuroblastoma.

Snacks and drinks will be provided

Sponsored by the Biology Department in coordination with EPACC